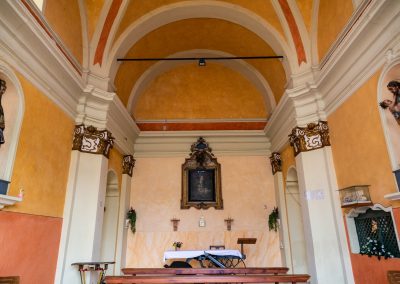 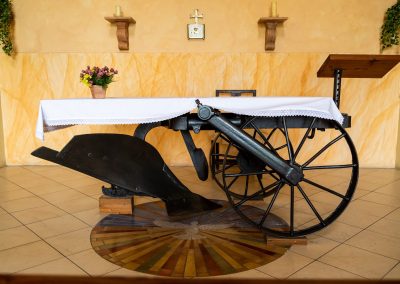 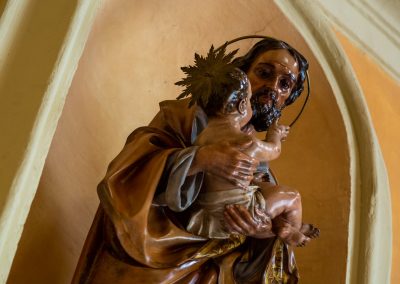 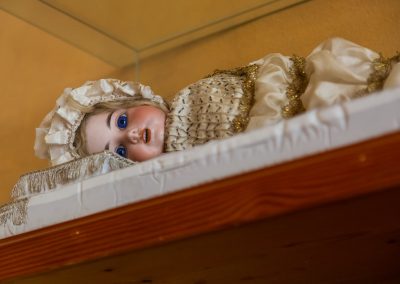 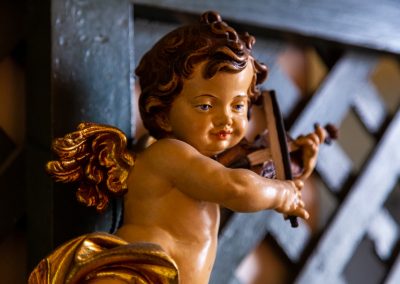 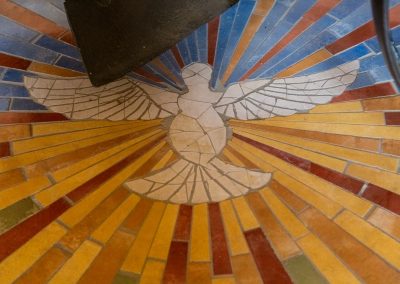 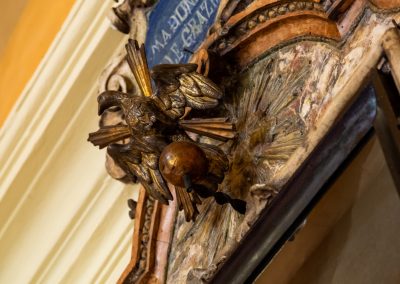 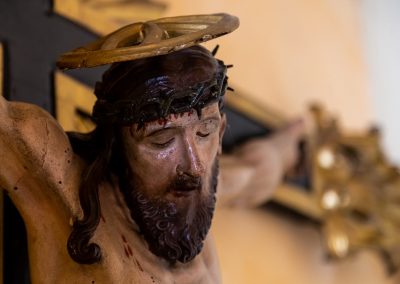 Built in 1759 at the behest of the parishioners.
On the left wall of the nave, a niche houses the statue of Saint Anthony the Abbott with a little pig next to him, a 20th-century work made in Val Gardena.
Set at the centre of the 18th-century presbytery there is a painting, from the same period, representing the Madonna with the Child Jesus. The frame of remarkable workmanship that encloses the canvas bears a cartouche at the top with the inscription “Our Lady of Graces”.
On the right wall of the nave, a glass urn holds a small statue of the Child Mary, made of painted plaster in the 20th century. Her head is adorned with a bonnet and her body is hidden in swaddling bands, embellished with 19th-century style metal and glass ornaments.
Also on the right wall, within a niche, is the statue of St. Joseph with the Child Jesus, of painted wood, also made in Val Gardena in the 20th century. The saint, wrapped in a large and long cloak, is welcoming the Child in his arms, who is reaching out his hands towards him while looking at him.
A room located on the right side of the nave serves as sacristy.
What attracts attention in the presbytery is the unique altar, whose wooden table rests on a plough, a symbol of the industrious peasant civilisation, once deeply rooted, of the inhabitants of the square opposite, known as Vegro.