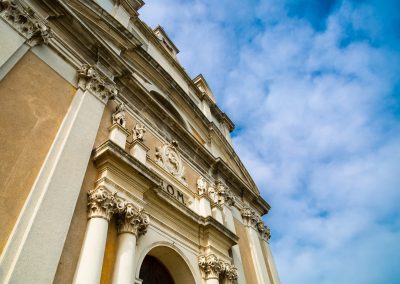 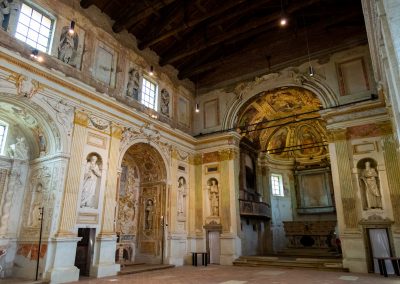 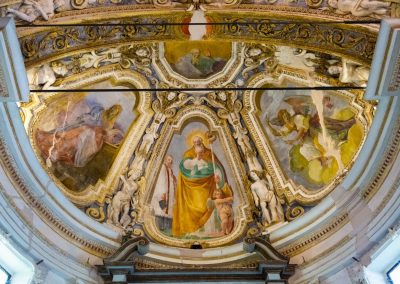 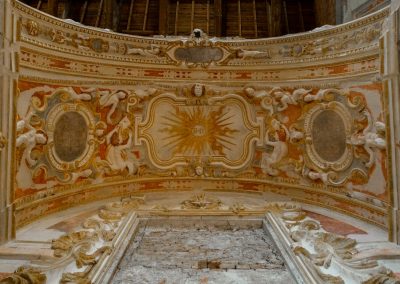 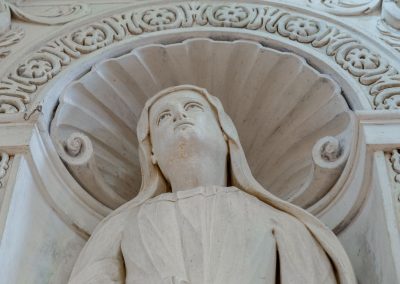 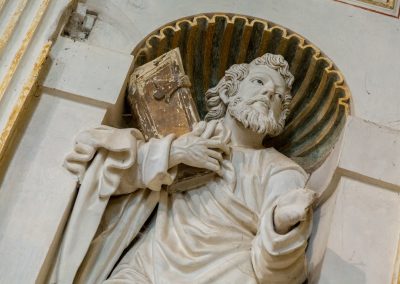 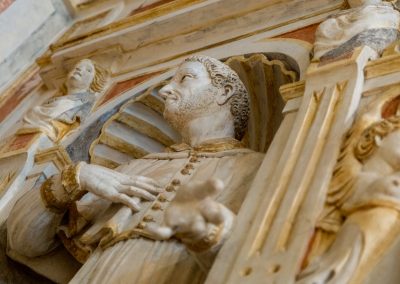 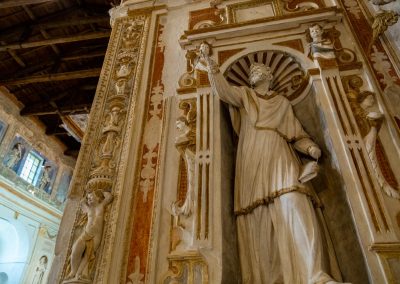 It was commissioned in 1582 by Cardinal Scipione Gonzaga (1542-1593). The church is inspired by the Catholic Counter-Reformation. In 1990 it suffered serious collapses, which resulted in several parts being damaged. In the 2000s it was almost completely restored. Today it is at the disposal of the Municipality, which uses it for cultural events, exhibitions, concerts and theatrical performances.
Of considerable importance are the stucco statues placed within the niches of the nave (which depict the Apostles between the pilaster strips and the Prophets in the upper sector), made in the late 16th century. If you read the verses engraved under each Apostle in a row, these will compose the ancient formula of the Apostolic Creed.
The apse was restored a few years ago. The high altar and the two rows of wooden choir stalls were built in the first half of the 18th century. The altarpiece, dating back to the 17th century, housed the Annunciation by Luigi Miradori, known as il Genovesino. The painting, together with all the others that were on display in the chapels, are currently kept in the parish church of Saints Fabian and Sebastian.
The vault of the presbytery and the apse basin are decorated with frescoes of excellent quality, referable to the late 16th-century figurative environment of Cremona. In the centre is represented St. Martin bishop dressed in unusual liturgical clothes and Scipione Gonzaga, the patron who commissioned the church.